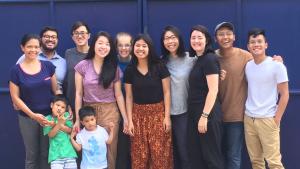 After three weeks of being in Manila at the height of its rainy season, my Chacos can't catch a break to dry. While I don't mind the constant wet straps around my feet, it has developed a funky, rotten smell. This awful smell follows me everywhere I go and I'm confident that the people around me have noticed it too.

It has grown so strong that my Ate bought tawas to rub on my sandals. When we realized the tawas couldn't even put a dent in the smell, we laughed about how this stank has become my "trademark" and how it might be better to just throw them away. Then she asked me a question I wanted to avoid. She asked how much my Chacos would cost in pesos. I panicked. The more I tried to dodge her question, the more curious she became. I watched her mouth drop as I whispered "3000 pesos" under my breath.

After what seemed like forever, she responded: "That is so much, just for feet."

In that moment, all the joking and laughing disappeared. There was tension in the air and I felt the weight of shame and embarrassment cover me. I was reminded of the world I am from and I couldn't hide. I thought about what 3000 pesos could buy here - two months of rent, several weeks of food, a hundred new shirts, 1500 pieces of pandesal bread, boxes of medicine...

Reflecting on this reality has been uncomfortable and I want to be released from this shame. I've been asking God to just show me what to do and how to respond; I get the sense that I don't get to know that right now. I don't get to just feel better.

So I sit in the tension. And these Chacos are the heaviest they've ever felt. Melanie is a student at the University of Texas, Austin.