The Wrong Tool for the Job 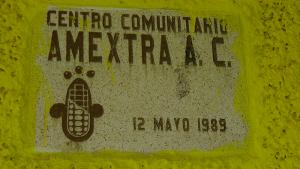 Jordan, Emrie and I woke up early Sunday morning to help clean up the Amextra site. They’re getting ready for a summer camp. Members of the community came to sweep, cut grass, and polish the place up. There were about 20 volunteers armed with rakes, hoes, machetes, and shovels.

Emrie and I were given the task of clearing thousands of rocks from the dirt soccer field. We were given a shovel, a broom, and a rake. We needed to clear all the rocks, and then dump them in the street using a single 5 gallon bucket. I quickly became frustrated scratching the dirt with my shovel like some aberration of an ostrich, scratching for seed.

As I begrudged my task, Emrie called me out: “We get to be in solidarity with the poor by using the wrong tools.” In that moment, my posture changed from bitter to humble. I reflected on the privilege I have in the States. I have access to many, many tools. My garage is filled from floor to roof with every variation of hardware. What I don’t have, I buy.

This morning, I counted it a gift to work alongside the poor using the wrong tools. I am humbled, yet made richer. And I wonder what kind of work and by what tools do we define success?